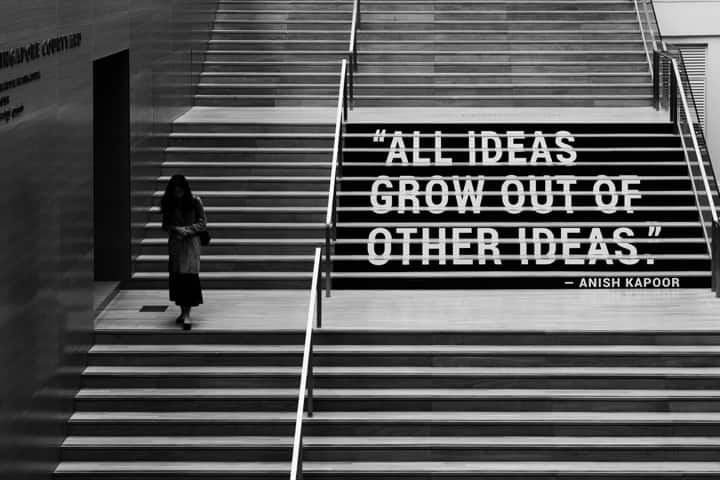 Did you decide to start podcasting? That’s great! But what should you talk about? Or maybe you have a couple topics or ideas you’re picking between?

Through various podcasting examples on different topics, we’ll start jogging those ideas to help you on your podcasting journey. After all, the secret to podcasting success is having something that people want to hear, something they can relate to, and something they look forward to.

This is a further detailed article on picking topics and examples of podcasts from the How to Start a Podcast guide.

What better way to get ideas flowing than to look at podcasts with a solid fan base? That’s why I’ll do podcast case studies to learn more, like the first case study of the My Favorite Murder podcast.

There are many good topics for podcasts that never get old. These are topics that live and grow with us. Topics may just be something that gives us a good laugh or a quick lesson of something we wanted to learn.

I’ll show you some great examples of podcasting topics that can help kickstart topic ideas to launch you on your podcasting journey.

These are some of the more popular podcast topics out there. An area where you can find topic ideas are the lists on podcast platforms like Apple. This might kick start some ideas of what you may want to talk about:

People love the thrill of an unsolved murder. Maybe you do too? I mean, is there a better way to deal with the anxiety that came with 2020? True Crime is fast becoming one of the most popular genres in the podcast industry. Perhaps, a person comes to feel more alive when taken through a murder mystery or another crime that leaves more questions than answers. The secret is in the aftermath, the thoughts, the shrill, and the emotions that such stories elicit.

Usually, a True Crime podcast follows different unsolved murders or other crimes, mostly one at a time. The podcaster gives a brief background and goes on to compound your anxiety with lots of questions and mysteries. As of February 2020, True Crime on Apple Podcasts Categories had an estimated 43,000 episodes. So if you think you have a penchant for murder mysteries and the criminal underworld, you may want to carve a niche within this category.

There are several popular names like Wrongful Conviction, Chasing Cosby, and To Catch and Kill with Ronan Farrow.

Comedy ranks high in the list of popular podcast categories. This is expected though. In a world filled with war, hunger, and disease, everyone needs as much laughter as they can get. This is why comedy is important. After all, there are very few activities that can relieve you of stress as much as laughter can. The mainstream comedy industry is witnessing a boom like never before. It is only normal that the virtual world will follow suit, and podcasts are not disappointing.

You often never know what to expect with these podcasters. It’s amazing how you just connect with them over time, laughing at their jokes as though you were having a conversation with friends. Comedy Podcasts on iTunes recorded a whopping 1.661 Million episodes as of February 2020 – more than 4% of the entire podcast episodes streamed.

Sports is a multi-billion dollar industry across the globe. It was only a matter of time before it took the podcast world by storm. Podcasters are out there talking American football, racing, basketball, hockey, rugby, and soccer. Sports podcasters have always enjoyed the popularity that comes with the industry. I mean, you have to be really engaging as well. If you’re able to, you have a podcast like James Richardson’s The Totally Football Show that was downloaded 26 million times in 2019.

It’s always too easy for traditional media to focus on what they consider the biggest sporting shows or tournaments. With sports podcasting, a new array of sports reporting around the world has opened up. With the hundreds, if not thousands, of sports podcasts around the world, you won’t believe the category launched less than two decades ago. Sports Podcasts speak to people in ways the regular TV show would not, bringing the  energy and passion of the game to you. A February 2020 poll showed that sports ranked as one of the most crowded podcast categories with more than 2 million episodes.

What about music? This could just be it for you. After all, music pervades all cultures and languages of the world. One good thing is as the music industry continues to grow in leaps and bounds, there is consistent growth in the music podcast industry as well. With about 1.6 million music podcast episodes on the airwaves at last count, there is a reason music gets the kind of attention it does. Most music podcasts go beyond the songs to discuss the drama and intrigue.

So when Bielebers want the latest scoop on Justin and Selena, or who’s stalking who, they know where to go. And when there’s a new collaboration between Queen Bey and Meghan, you can be sure your favorite music podcaster will have the full story.

I just put the two together because well, there is some scientific explanation to paranormal events according to popular paranormal podcasters. And I do not want to have to create a different category for The Paranormal as a topic. While science is what it is, focused on discoveries and how things work, it is sometimes difficult to understand humanity’s fascination with the scary, unknown phenomenon, often vaulted by its love for True-Crime and Murder documentaries. It’s as though something leaps inside of us everytime we hear of ghosts and ghouls.

But do you know why The Paranormal podcasts are popular? It’s the debate that it leaves behind moments after it is over. Believers and skeptics go at each other, engaged in heated arguments about the existence of UFOs and demons. It is both exciting and scary; the perfect combo for the curious mind. Science had wrapped up just around 390,000 episodes as of February 2020.

What is the present without history? After all, life is one long, connected chain of events. History presents different views into human existence; why we are the way we are, what went wrong (or right) on the way, and the specific life-changing events that changed the course of humanity. Whether it’s sharing the gory tales of the Cold War or examining the breakup of the Soviet Union under Mikhail Gorbachev, it’s like they say, you’re doomed to fail if you don’t learn from the past.

You too can decide this is what you want to do; your own amazing history channel; and gradually growing your audience. But it doesn’t have to be this serious. There are historical podcasts that detail the life and times of TuPac Shakur and the Eastside – Westside street war with Christopher Wallace AKA the Notorious B.I.G. There are currently around 112,000 episodes of History Podcasts, according to the latest stats.

There are quite a number of history podcasts, ranging sports, music and politics to everything else you can think of.

News and Politics are often put together when we talk about podcasting. Depending on what you want out of your news; a quick summary of major headlines or a detailed analysis of specific events, there are many news and politics podcasts out there that fit the part. In fact, news podcasts are so popular that they have recorded a whopping 1.512 Million episodes as of February 2020, according to Dan Misener’s stats for Apple. News podcasts keep us informed of happenings around the globe, create distilled perspectives, and generally help us understand the news.

There are those that are slightly opinionated – the podcaster leading us into their perceptions and ideologies in a manner that respects ours. There are quite a number of popular news podcasts. However, there’s so much room left if this is what you decide to focus on. Be sure you have a knack for news though.

Religion is one of the pillars of the world. Some people like to think it is not the same as spirituality. Whereby religion has to do with involvement in and worship of a particular religion and being or object, spirituality is a bit more personal; a person’s inner search for purpose and a higher life. Whatever the case is and whatever you’re looking for, there are hundreds and, perhaps, thousands of podcasts on religion and spirituality to feed your curiosity.

This is one very good podcast example that is popular among millions of people around the world. The podcasts range from buddhism, christianity and Islam to the vedic practices of ancient India. In fact, as of February 2020, religion and spirituality podcasts were the most produced around the world with about 6.04 million episodes.

I know how overwhelming it can be taking in all that content on health and fitness. And for most of us, reading is serious work. It’s just hard to get it sometimes. This is why podcasts are largely accepted. You can go about your regular routine and just take a listen. Whether at the local cafe taking a cappuccino, at the gym hitting the treadmill or even driving to work, you can easily listen to expert advice and opinions on very sensitive health issues.

There are thousands of health and fitness podcasts around the globe. The fitfam culture has also led to an exponential increase in the last five years. So if you’re looking to start a podcast, this might be a good podsite topic to take advantage of.

Society and Culture continues to rank second on the list of most popular podcast categories in the world. It had raked a whopping 2.385 million episodes as of February 2020 to come in second – only behind Religion and Spirituality – on the podcast popularity chart. Society and Culture can range from anything x-raying the lives and times of particular pop culture or celebrity during a particular era. As CNN’s Sophia Smith Galer puts it, you don’t have to be a culture vulture to find what you like in this category.

And if you-re considering setting up a podcast, this could be a good place to start with the several cultural and societal issues that have been with us for centuries. Whether it’s race, people, movies or the lives of some icons of the past, there’s always something to talk about.

So that’s a big list up above. I’ll give a recap below too. The list is in no particular order, this article has provided you with a breakdown of some of the most popular and good podcast podcasting examples, including what they are about, method of presentation, and the various fans they appeal to.

There’s no denying the fact that exciting podcast topics coupled with exciting delivery will produce an exciting podcast. Perhaps, you can be the next Joe Rogan, Ben Shapiro or Karen Kilgariff by playing it cool and engaging your listeners in the most interesting way possible. The secret is in the connection. 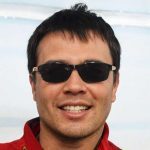 I'm Chris and I started on my podcast journey by searching the Internet for how to start a podcast. That's when I fell deep down this rabbit hole. I share what I’ve learned and experienced to help others.

podcastpursuit.com is a participant in the Amazon Services LLC Associates Program. As an Amazon Associate I earn from qualifying purchases. There are no additional costs to you.