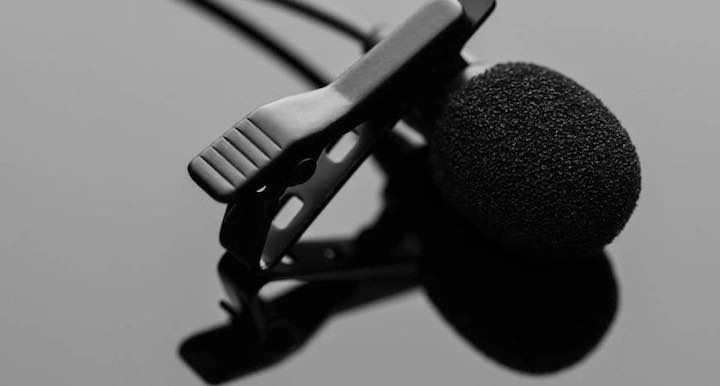 If you find yourself recording on the go and just don’t want to hold a regular microphone, lav mics are great. They’re really useful for recording interviews on location and provide better visuals if you’re also recording video.

If you’re in a hurry and just want to know what the best lav mic is, it’s the Shure MVL Wired Lav Mic.

Lav mics are small in size and can be attached to your collar, tie, or anywhere that’s near enough your mouth to pick up sound. Once you have a lav mic clipped on your clothing in a proper place to pick up voices, then you don’t have to even think about it. Doesn’t get any easier.

Let’s get into the overview of the 5 best podcast lav mics and more details of each, including pros and cons. We’ll also take a look at key factors to consider on how to choose the best lavalier microphone. 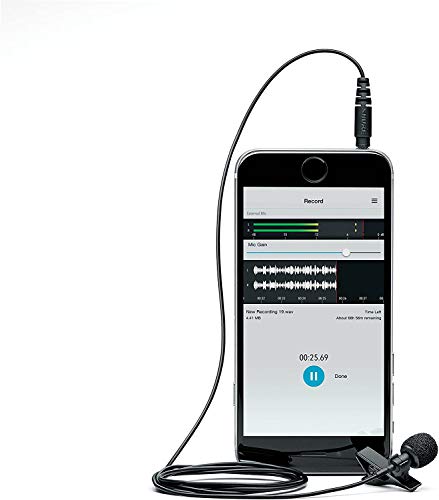 Sound professionals know the Shure name and how it’s one of the best microphone brands that produce quality microphones. When you look for a mic, a Shure mic will pop up in your research. If you’re looking for a wired mic to record audio with your smartphone, then the Shure MVL is the right one for you.

The MVL is an omnidirectional condenser mic that comes with a 3.5mm jack. The jack lets you easily connect the mic with your tablet or mobile phone.

To use this microphone with a digital recorder or camera, you’ll need to use a 3.5mm TRRS to TRS adapter. It comes with a long 52” cord to provide you the flexibility to move a bit when recording.

Check out this video where the reviewer uses an adapter to plug it into a Zoom H1 portable digital audio recorder:

Most podcasters love this microphone because of its plug and play feature – no battery needed! It’s perfect when out and about. Overall it’s an awesome mic to record sound anywhere. 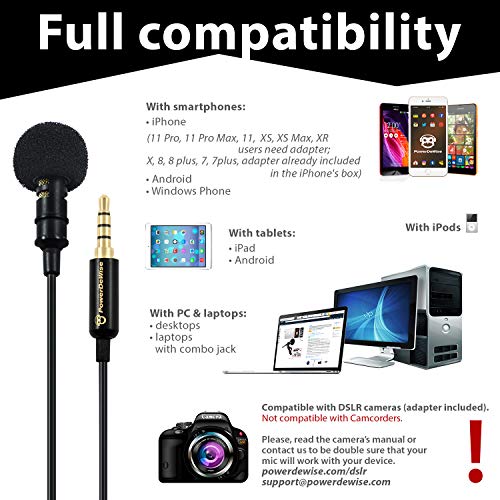 The best bang for your buck PowerDeWise Lav Mic comes with amazing sound quality. Don’t be fooled by its lower price tag, it still packs a punch, delivering professional-grade quality.

It will give you the flexibility of mic placement when recording as it features an omnidirectional polar pattern. You’ll get a clear and crisp sound with its fantastic signal to noise ratio. The best feature of this mic is that it comes with an extra expansion cable around 78” that will provide you good versatility. 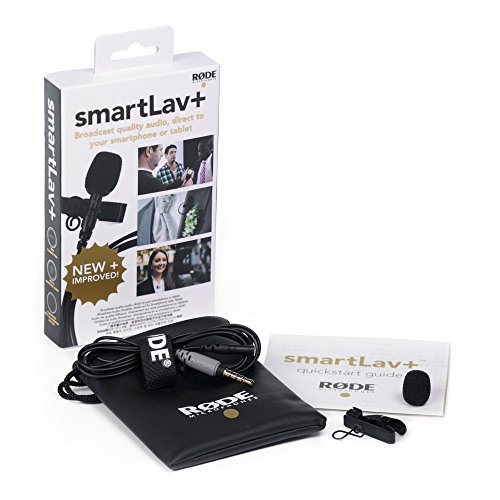 Many of you out there who has worked with any audio equipment probably knows the name RODE. It is one of the most popular and renowned brands in the audio world.

The RODE smartLav is a great lavalier mic for podcasting on the go with its great balance of features and broadcast quality audio. It’s a lavalier microphone that comes with a 3.5mm headphone jack that can be connected to any devices with a 3.5mm port.

The feature that makes it different from other mics is its sturdy build quality. Durability with lavalier mics can sometimes be a problem due to the small size and how delicate they can be. The RODE smartLav+ is great with its sturdiness.

The smartLav features an omnidirectional condenser microphone. You will also get plosive and noise-free when recording thanks to its built-in windscreen that acts as a pop filter. In case, you want to use it on a camera or digital recorder you’ll need a 3.5mm TRRS to TRS converter.

A list of best lav mics wouldn’t be complete without an Audio-Technica microphone. So, after a lot of research, we’re including the Audio-Technica PRO 70, a high-end semi-pro lavalier mic that’s great for podcasting.

Like most lavalier microphones, the PRO 70 is a cardioid polar pattern (omnidirectional) condenser microphone that will deliver great sound quality to help create high-quality podcast audio. An additional plus with the PRO 70 is the ability to pick up acoustic guitars when recording.

Audio-Technica mics are known for their performance and durability. It’s also one of the rare lavalier mics that can be powered by a battery or phantom power. The Pro 70 is no different. If you have a good budget for a podcasting lavalier microphone, then I’d recommend this one. 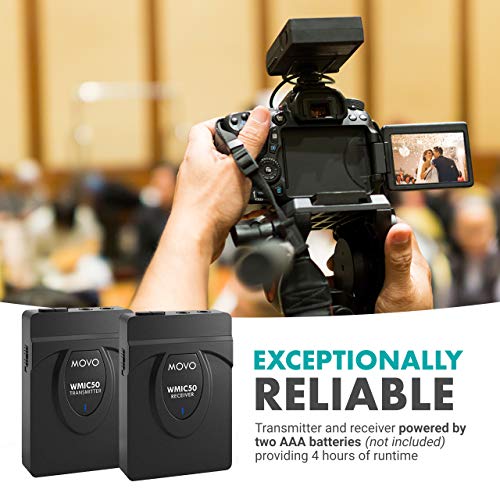 It uses a 2.4 GHz wireless system for interference-free audio recording. You can get sound from a max distance of 164 feet. You’ll need two AAA size batteries for both the receiver and transmitter.

The transmitter with the lav mic will capture the analog audio and convert it into digital audio that sends a digital signal (the 1s and 0s like computer code) to the receiver. The receiver will then convert it back into analog audio to your computer or other recording device.

What to Look for When Buying a Lavalier Microphone

To get the right lavalier microphone for you, you’ll need to consider a number of factors based on your recording habits. Everyone is a little different and what’s great for one podcaster will not be great for another podcaster.

Do You Need a Lavalier Microphone?

That’s the first question to ask yourself based on how you record and personal preference.

For me, I like a tangible podcast microphone that I can hold in my hand. I also feel safe that I’m recording clear audio because there’s a large USB mic in front of me. But when I’m recording video or outside, I do prefer a lavalier microphone.

Audio quality is the most important thing to check when choosing out of all the lavalier microphones out there. If you’ve purchased a lav mic that isn’t delivering quality audio, then the time, energy, and money you’ll spend recording might go to waste.

A good lavalier microphone will have a good frequency response and pick up a high-frequency audio signal, rather than background noise.

Lavalier microphones are either wired or wireless, so you’ll need to make a choice. Let’s go through some of the differences.

Why get a wireless microphone if there’re still wires then?

A transmitter weighs much less than any recording device you’d normally connect your microphone to. If you want to be able to move around easily, the best lavalier mic will be a wireless one.

You pay for what you get. When it comes to audio equipment, especially with lavalier mics, the higher price points will offer better quality. If you’re not an audio professional though, you probably don’t need to worry about getting ones that are over $100 for a wired microphone.

There is a disadvantage with the chance that you lose audio quality or signals when transmitting wirelessly. I’ve never had experienced audio issues before, but it’s possible.

I hope that this has helped with your research into lavalier microphones.

If you’re just starting your podcast and not trying to setup a mobile recording studio, you won’t need a lav mic yet.

I know it can feel overwhelming with all the options out there when choosing podcast microphones. All the different features like USB mics, XLR mics, polar patterns, dynamic vs condenser microphone, pop filter, shock mount, phantom power, frequency response, etc.

podcastpursuit.com is a participant in the Amazon Services LLC Associates Program. As an Amazon Associate I earn from qualifying purchases. There are no additional costs to you.